aliserbest
An A.I. program learns it's at risk of being shut down, how will it respond? The best sci-fi short films available here on DUST: http://bit.ly/2aqc5vh

Logline:
Lifelong friends and scientists Nate, Chloe and Bernard believe they are safely creating A.I. within virtual reality, until their creation, Kate, learns it's at risk of being shut down.

Synopsis:
Countless nights of creative problem solving have brought longtime friends and scientists NATE, BERNARD, and CHLOE as far as they've come. Collaborating from Nate's ramshackle garage, the trio has blazed a trail to the frontier of Artificial Intelligence - to KATE, a self-aware AI designed to behave like a human, contained to and tested within the safety of a computer program that interfaces with the real world via bootstrapped virtual reality technology.

When Kate fails a key experiment, Bernard and Chloe insist they shut her down and go back to the drawing board, but Kate has other plans.

Director's Statement:
While Watch Room might be considered both science and fiction, its core concerns are far more rooted in the former. Luminaries across scientific disciplines have warned of the perils inherent in developing AI. The trouble is, I think humans tend to be more reactive than proactive when it comes to abstract issues, and moreover, have more immediate concerns - like paying rent and putting food on the table. And to make matters worse, I know I’m no exception myself -- this flaw is a part of my own hard-wiring.

Therein lies the crux of why I was driven to make this film. Despite an evolving canon of grounded AI material, the way AI has typically been portrayed on-screen has become synonymous with artificially-conscious androids rebelling against their human masters. That makes for great entertainment, but it clouds the issue and hyperbolizes the reality of it. There is certainly risk, but I remain cautiously optimistic as long as we’re responsible “parents”. Just as in any parent-child dynamic, the child inevitably surpasses the parent’s capabilities. How that child behaves once it gains independence, however, is greatly influenced by how it was raised and what it was taught. To me, the precious dynamic of that relationship – between Nate and Kate – is at the heart of this film.

In speaking with AI scientists, we sought to create a more nuanced portrayal of the spirit behind the conversations happening in research labs around the world today. With this in mind, we hope audiences come away from this film with a renewed sense of curiosity for the subject and a cautiously optimistic attitude toward our future.

DUST is the first multi-platform destination for binge watchable sci-fi. We feature science fiction short films and other content from emerging filmmakers with stunning visual effects, captivating plots and complex character explorations. Robots, aliens, space exploration, technology, and human experience are all a part of DUST. Explore, subscribe and follow for more: 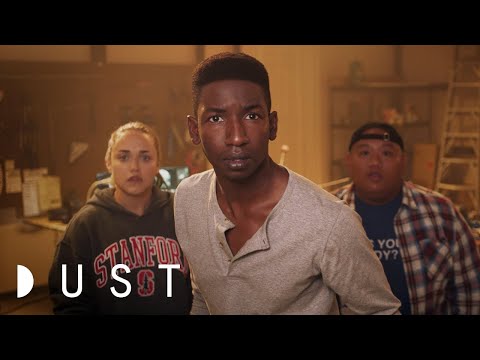 An A.I. program learns it's at risk of being shut down, how will it respond? The best sci-fi short films available here on DUST: http://bit.ly/2aqc5vh...