aliserbest
1958 Horror movie directed by Alex Nicol. John Hudson and Peggy Webber star.
The Screaming Skull is a 1958 American horror film directed by Alex Nicol. The film stars John Hudson, Peggy Webber, Russ Conway (actor), and Nicol. The film focuses on a neurosis woman who believes she is being haunted by the ghost of her new husband's previous wife. The Screaming Skull marked Nicol's directorial debut; he decided to try it because he felt that he was not acting in the roles which he wanted.
The film was shot at the Huntington Hartford in six weeks on a low budget, with each actor being paid $1,000. The film has received negative reception from critics and from Webber herself, though Nicol enjoyed the finished product. The film was later featured in a ninth season episode of Mystery Science Theater 3000.
Plot
File:Reserved for You - The Screaming Skull (00.00.57).jpg
The film opens with a narrated disclaimer over footage of an opening coffin. The narrator explains that the film's climax is so terrifying that it may kill the viewer, and reassures the audience that if they die of fright while watching the film, they will receive a free burial service, and it closes on the casket which has a card inside reading "Reserved for You
Eric (John Hudson) move into Eric's palatial country home. Jenni is Eric's second wife; his first wife Marion died when she accidentally slipped and hit her head on the edge of a decorative pond on the estate. At the home they meet Eric's friends, the Reverend Snow (Russ Conway (actor)) and his wife (Toni Johnson), as well as Mickey (Alex Nicol), the developmentally disabled gardener. Eric privately mentions to the Snows that Jenni spent time in an Psychiatric hospital following the sudden death of both her parents, and Mrs. Snow reveals that Jenni is very wealthy.
Jenni is disturbed both by Mickey's belief that Marion's ghost wanders the estate and by Marion's self-portrait inside the house, which Jenni believes resembles her mother. When she begins to hear unexplained screaming noises and see human skull around her house, she believes that Marion is haunting her. Though Eric speculates to Jenni that Mickey, who was a childhood friend of Marion and thus dislikes Jenni, may be behind the trickery, Jenni worries that she is going insane. Eric then suggests to remove Marion's self-portrait from the home. Eric and Jenni take the painting outside and burn it. While they clean up the remains of the painting, a skull emerges from the ashes. While Jenni panics at the sight of the skull, Eric denies that the skull is there. Jenni faints and Eric withdraws the skull and hides it, revealing that he was responsible for the trickery all along in an effort to get hold of her wealth.
Believing she has finally lost her sanity, Jenni resolves to be committed. She tells Eric that the entire property will be meticulously searched for the skull as a last resort. Before Eric can retrieve it, Mickey secretly steals the skull and brings it to the Reverend, revealing Eric's plans. That night, Eric prepares to murder Jenni and stage it as a suicide. Jenni sees Marion's ghost in Mickey's greenhouse and flees back to the house. When she enters, Eric begins throttling her. The ghost then appears and chases Eric outside and about the property; it finally corners and attacks him, drowning him in the decorative pond.
After Jenni regains consciousness, the Snows arrive. Mrs. Snow comforts a hysterical Jenni and the Reverend discovers Eric's body in the pond. Some undisclosed time later, Jenni and the Snows depart from the house. Reverend Snow declares whether or not Marion's death was an accident will remain a mystery. 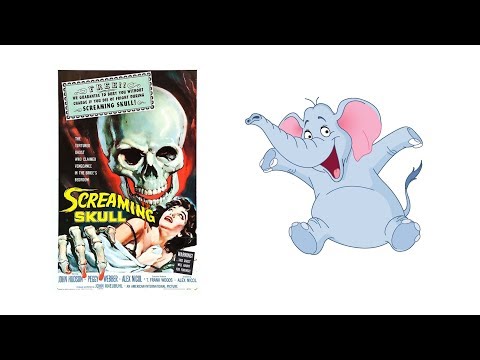